3D Printers — Coming Soon To An Office Near You? 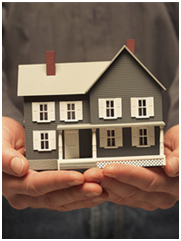 Not a week goes by without some media organisation publishing a story about 3D printing. And this isn’t just in tech news – Google ‘Buttercup the duck’ to read a feel-good story about how a 3D printer was used to create a new prosthetic replacement foot for this defective duck. Or search for ‘3D casts’ to learn about how this technology could lead to hygienic, breathable support for sufferers of broken bones.

Amazon.com recently introduced a dedicated product sub-category on its website for all things personal 3D printing. The section features 3D printers as well as some parts and consumables. An upcoming revision of Windows 8.1 will feature native driver support for 3D printing. According to Scott Dunham, Research Manager of Photizo Group, the premier industry’s biggest players now expect that proliferation of 3D printing to everyday businesses and consumers is the next frontier in the market.” NewScientist.com says we experiencing a second industrial revolution, and that 3D printing “is about to transform every single aspect of our lives.” But just how close is 3D printing to becoming mainstream and coming to an office near you? 3D printing is the technology that creates physical objects on a small printer by progressively depositing layers of melted plastic. And while this revolutionary technology will eventually become a fixture in most offices, we’re still years away from that becoming a reality.

For one, despite significant reductions in price, 3D printers are still very expensive. And training for these revolutionary machines isn’t cheap, either. Training which will be necessary for all but the most technically inclined users; as with all new technologies in their infancy stages, 3D printers are anything but user friendly. And as of yet they don’t have many practical uses. Last but not least, there are those pesky intellectual property issues that need to be resolved.

While 3D printing may be the wave of the future, that future’s still a ways off. So sit back and continue to dream of all the exciting possibilities this revolutionary new technology will provide to the office of the future.

Founded in 2007, Cartridge Green is Ireland’s leading provider of home and small business money saving print solutions. We offer a range of printer solutions for home or business users and these solutions come with the benefit of money saving packages for the printer cartridges.
Facebook-f